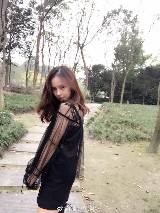 At press time, Lance Bass, of the musical group 'N Sync, was keeping hope alive that sometime this year he would rocket into space aboard a Russian spacecraft. Maybe training as an astronaut doesn't qualify him to be a Renaissance man in the same category as, say, Leonardo da Vinci, but it sure tops a little race-car driving on the side. Lately, it's not enough for a man to master a single job, or even a single field of endeavor. Today's master of the universe is a hyphenate. We have actors who are also writer-directors, singers who are painters, painters who are directors, sports stars who are designers, designers who are talk-show hosts and athletes who are politicians, to mention just a few of the more vivid examples.

Take Stephen Chow, the man on our cover. Chow is the star of Hong Kong cinema's biggest-grossing film, ''Shaolin Soccer.'' He also produced, co-directed and co-wrote the movie. And, yes, those tails he's wearing are proof positive that elegance is back. Especially when you're practicing kung fu. Or crooning a standard, like the singers we dressed for ''Set 'Em Up, Joe * ''

Damon Dash, the music mogul, is another unique specimen. There he was in Cannes, celebrating his expansion into movies, looking like the epitome of urban cool. On the other hand, the French-born director and actor Mathieu Kassovitz, who has just added fragrance pinup boy to his résumé, prefers a more rugged style -- leather jackets, henley knit tops, sport jackets and jeans. In Munich, a true Renaissance man is Charles Schumann, the proprietor of the city's two hottest bars, a gourmet chef, an amateur boxer, a design aficionado, a fashion model and, as if that's not enough, the author of a well-reviewed book on the art of the barkeep. He and his friends put an urban gloss on country dressing, with their relaxed mix of tweeds and corduroys.

But maybe you feel intimidated by all this accomplishment. And maybe you'd just rather be an armchair boulevardier. For that we have provided a reading list and topics of conversation. And then there are always plenty of clothes -- from luxe to manly and rugged -- with which to fool the world.

From his expansive balcony, Stephen Chow looks out over Hong Kong and retraces each step of his career as fondly as a general recounting a victorious campaign. There, across the harbor in Kowloon, is the government housing project where he grew up. The TVB studios, where he caught his first break, are over there, near the old airport. And down the hill are the two apartments he bought after his breakthrough success a decade ago. Chow's view from the Peak, Hong Kong's toniest district, is of a city conquered, an entertainment industry vanquished and in his thrall. There are no more worlds for this show-biz Alexander to conquer.

Well, at 40, Chow is too old for Alexander comparisons. So, how about this: Chow's standing on his concrete balcony just taking in the view, the soft mist rolling in. He isn't sentimental about his past, but pragmatic. He insists he learns from his mistakes, even from his critics. That's why he likes to look out over the city and savor the view: it reminds him of his long journey up here to the top. We sit down on deck chairs, next to a heated swimming pool. That housing project? That 300-square-foot flat where he grew up with two sisters, his mother and grandmother, the hallways so narrow that they had to turn sideways to pass -- how often does he think of that? Is poverty what drove him to succeed? The reason he clawed and scraped and killed to be on top?

He looks at me as if I'm an idiot. The apartment was small, he admits, but then, most Hong Kongers lived in such miniature accommodation. He was lucky, he tells me, very lucky. Sometimes he doesn't know if it was a matter of luck or skill. Some days, he says, he feels more lucky than good. Then he says something typically Chinese that I've never heard any Chinese person say before: ''It's better to be lucky than good.''

Miramax, having spent $2 million for distribution rights to ''Shaolin Soccer,'' Chow's 50th movie, is betting that his luck will hold when the film opens in America next year. The film, a kung fu-meets-soccer comedy, has grossed $8 million in Hong Kong, $21 million in Japan, nearly $40 million throughout Asia. Jackie Chan. Bruce Lee. Chow Yun Fat. None of Chow's crossover predecessors, he says, ever made money like that in Asia. As he ticks off the numbers, Chow raps the table with barely restrained enthusiasm. The glass rattles. Our cups of tea slosh. But lest I get the impression he is taken by his own pecuniary success, he assures me his interest is a matter of wanting to get it right, not to impress me.

Chow's humility is palpable and as welcoming as his buffalo-colored eyes. He greeted me at the back door to this four-bedroom house in an old T-shirt, sweats and black loafers. His hair was grayer than I'd seen it on screen. For a moment, I didn't recognize him. Was he the butler? But here was the boyish star of films like ''All for the Winner,'' ''The God of Cookery'' and ''Fight Back to School.'' The Asian Jim Carrey, he's been called. But that's glib. Chow's career hasn't been built on mugging and eye rolling. Instead, he has played a consummate Asian everyman, a bowl-cut Jimmy Stewart, a barefoot Tom Hanks. His comedy is all break-beat timing and misdirection: bumming change mid-punch-up or slurping noodles in the courtroom.

''Chow is one of the funniest comedians in cinema,'' says the Hong Kong film aficionado Quentin Tarantino. ''Add to that the fact that he's also Hong Kong's best actor.''

Unlike Jackie Chan or Bruce Lee, the two martial-arts stars with whom he is sometimes compared and against whom he will soon be measured in the minds of American moviegoers, Chow is not equal parts performer and athlete. Chan, for example, carries himself with an athlete's aplomb, a confidence about how his body moves through space. Even when he is sitting down, his barbed pectorals and ripped stomach are bobbing, like a snake that can't get coiled. Chow's presence is less imposing. His steps are smaller, slower, softer. He doesn't have an action hero's physicality. His delicate feet, small bones and feminine hands are more child star than action star. When he speaks, he ducks his head and widens his eyes. He doesn't intimidate so much as ingratiate. That's the technique that's worked since he first appeared 20 years ago on local network children's shows. He doesn't bludgeon the viewer into submission; he simply works his way into your good favor.

He certainly lacks the compulsive gym routine of an action star. His idea of a workout is getting up around 11 a.m., breakfasting on a glass of Trappist milk and a banana and riding his Cannondale mountain bike up Plantation Road and then down Lugard Path. Or he works out on a punching bag in his Kowloon office. He's been practicing wing chun kung fu for 20 years, he says, though he quickly adds that he's not a master. ''Bruce Lee was a master, a master of masters,'' he says of one of his heroes. ''I am just a practitioner.''

Yet he plays a master in ''Shaolin Soccer,'' a Shaolin monk turned garbage man who yearns to teach the world his sacred strain of kung fu. After befriending a drunken ex-soccer player, Chow stumbles upon the idea of applying kung fu to the beautiful game and assembles the most lovable band of soccer-playing misfits since Sylvester Stallone and Pele dazzled in ''Victory.'' After entering a tournament and gaining the finals against the favored Evil Team, Chow and his buddies must win a phantasmagoric shootout that has more to do with Harry Potter than Ronaldo. Revealing who wins would be giving away the ending, but I'll do it anyway: his team is defeated by the Evil Team, and Chow goes back to a life of picking up redeemables, his dream of imparting kung fu to the world quashed. He dies a broken man.

Sorry, I made that up! That would be the wind-down of a feel-bad movie, and Chow, for all the years he's been in show business, has barely ever shot a feel-bad scene. And ''Shaolin Soccer'' is a Cinnabon of a picture, a cloyingly sweet movie that succeeds because of perfectly measured overdoses of starch and sugar. The sneaky referee in league with the bad guys, each injury to a key player and the inevitable moment of goalkeeping peril all arrive like clockwork. But rather than being annoying in its predictability and sentiment, the film is a reassuring assertion that all is right with the world, that feel-good movies really do feel good. Chow, who co-wrote, co-directed and produced as well as starred in the picture, is one of the few filmmakers who could have pulled this off. The whole movie rests on his slight shoulders, on his ability to simultaneously be a tough-as-nails martial artist and a retiring everyman. He'd rather chat than fight, bargain than throw a punch, joke than choke. That reluctance to resort to the way of the fist is what wins you over.

Chow conceived the picture during what he calls his darkest season in show business: the long winter of 2000, when he was coming off the flop ''The King of Comedy'' (no relation to the American film of the same name), his fourth box-office dud in a row. For the first time in his career, he wondered if his precocious success in pictures like ''Fight Back to School'' or ''All for the Winner'' really had been dumb luck. Had those early films -- he'd been one of Hong Kong's most successful actors during the early 90's -- been flukes? As he wandered around his austerely furnished Kennedy Road flat, peering out the wide windows at a less spectacular view than he now enjoys, he felt, for the first time, his own show-biz mortality. Everyone was saying he had lost it.

''I was thinking, I'm so stupid, I'm so dumb. Why can't I make movies anymore that people like?'' Chow says. ''But I needed to be knocked down a peg. I had to strip away my ego, my pride. I had to get back to basics.'' That was when he conceived the most basic movie he could: ''Shaolin Soccer.'' ''So simple,'' he says. ''So easy. Everybody likes it.''

Has coming back at age 40, re-emerging as Asia's biggest movie star, surprised him? He puts his hand on his hips, throws his head back and laughs a deep, hearty, evil laugh that echoes down the hillside and through Hong Kong's concrete canyons, his breath itself becoming the wind that roils the seas and sinks a dozen junks. ''Once again, I am huge, I am gigantic, I am a cinematic deity,'' he says in his dragon's roar. ''This city cannot contain me.'' Yeah, right. He modestly sips his cup of tea and merely smiles.

It is an axiom worth repeating that a Renaissance man and a fashion plate are one and the same. As proof, we offer Benjamin Franklin, above. The scientist, inventor, patriot, printer, philosopher, musician and economist is casually attired in a powdered wig, a lace jabot, a justaucorps (that's a blazer to you), vest, shirt, britches, silk stockings and buckled shoes (sadly, not shown). He left off his granny glasses for the camera.